As you know, in our previous article, we emphasized that "effective resource management" is the most critical factor in the successful termination of projects and we talked about how the management approach should be based on the effective and efficient ...

In this article, we are dealing with a topic that we can deal with in a kind of continuity of the previous article which directly concerns effective resource management. I would like to share with you how we will provide the development of the project team as "TEAM" and which techniques we will be able to benefit from.

What is the process of developing the project team?

The development process of the project team is a process based on high performance from the team in order to create a "team language" between the project team members and then to accomplish the project objectives by only catching a "team rhythm" that can be realized with the participation of all the team members. This process, which is one of the primary responsibilities of project managers, should be well managed throughout the entire project life cycle.

Every development process involves change within the process. Change also requires gradual maturation at different stages. The management basics for capturing a good "team rhythm" are based on positioning the developmental stages that are primarily within a project team, and then demonstrating the dominant administrative approach to those phases.

What are the developmental stages of the project team?

The model emerged as the theory of group dynamics for the first time in 1965 by psychologist Bruce Tuckman, who described the model as the "Tuckman Merdiveni" model in project management literature to describe team development, is often used. According to this model, a team that came together for the purpose of achieving a goal after a certain phase by passing through five basic concepts. Let's take a look at this in turn:

Formation Stage: At this stage, the team members meet each other, get information about the project and learn their official roles and responsibilities. Team members are mostly independent at this stage and are not very clear.
Confusion phase: At this stage, the team begins to deal with project work, technical decisions and project management approach. If team members are not cooperating and open to different ideas and perspectives, the team environment may become destructive.
Regulatory Stage: During the organizational phase, team members start to work together, adapt to their working habits and behaviors, and support the team. Team members start trusting each other.
Performance Stage: teams reaching the performance stage operate as a well-organized unit. Members work in interdependence and deal with problems easily and effectively.
Dissolution phase: Team members who complete the dissolution phase complete their project work and go through other work. This normally happens when the deliveries are completed or as part of the process of closing the Phase on the Project, when the personnel task ends in the project.

Yes ... the developmental stages of the project team consist of these five phases. Now let's come to the basics of what needs to be done to create a good "team language" and then catch the "team rhythm" ...

How to build a good "team language"?

Project managers have to identify the common language the team spoke as a starting point. For this, the basic rules are determined according to the requirements of the surrounding environment conditions, and the roles and responsibilities of the team members are assigned clearly. It is aimed to ensure that the first two phases of team development are achieved consistently and balanced by providing cross-communication of team members in line with training needs.

How to get a good "team rhythm"?

Now that we have created our team, it's time to address how we will catch a rhythm based on this language outline ... It's hard to catch this rhythm, which will try to constantly distort countless assumptions, constraints, risks and conditions throughout the project life cycle ... Of course it is possible to facilitate ... In this sense, we can say that we know our team well and constitute the heart of this rhythm. Following this recognition phase, we can find the basic clues needed for the first two stages of team development. Under the guideline of our interpersonal communication skills throughout the remaining team development stages, the appreciation and reward system based on fair performance measurement metrics is constructed, As the basis of the basic approach is one of the indispensable. 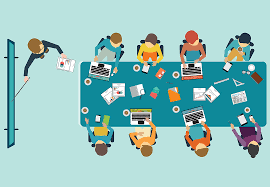